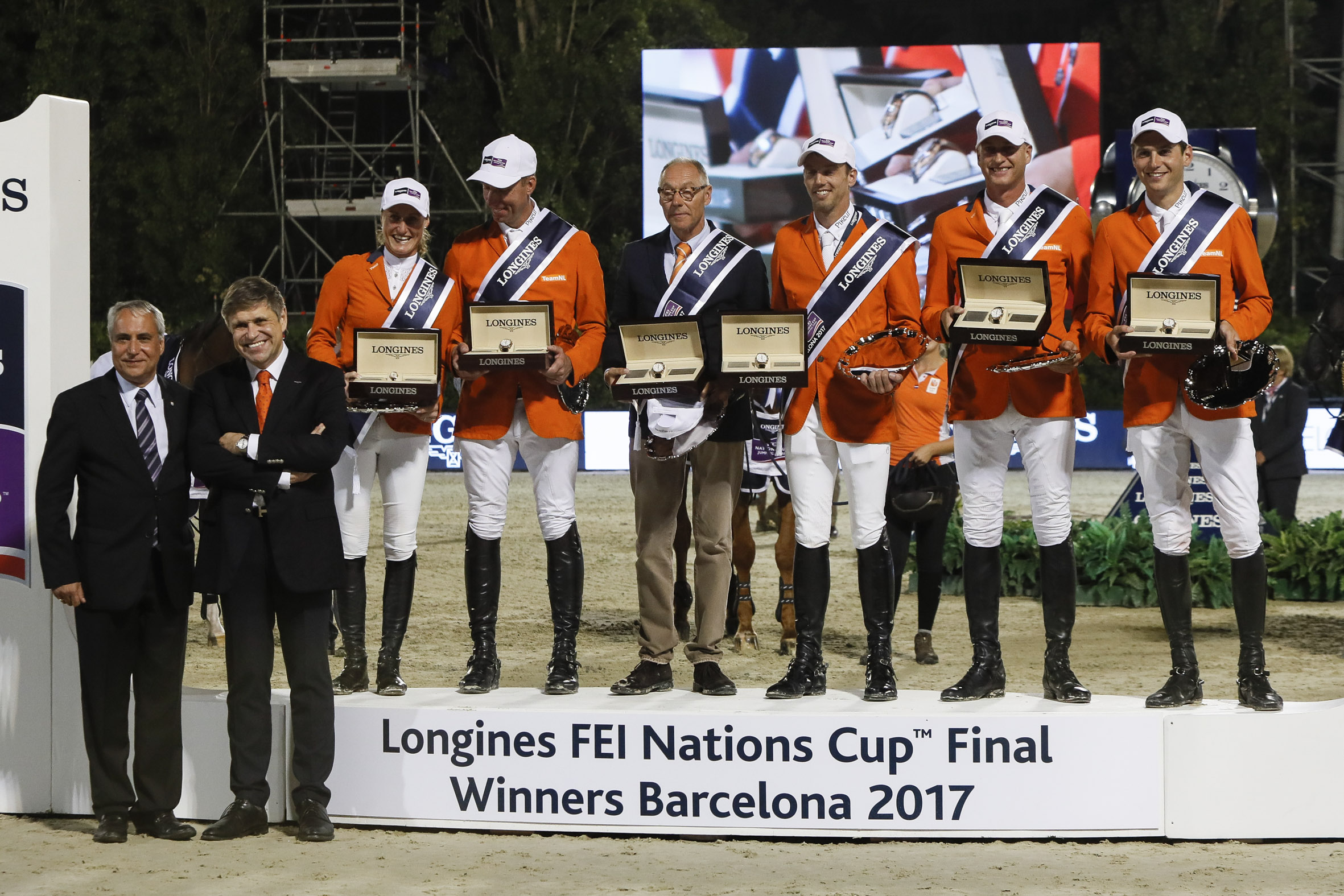 The countdown to the prestigious Longines FEI Jumping Nations CupTM is about to start with the celebration of Abu Dhabi (EAU) and Ocala (USA) CSIOs the following 17 and 18 of February.

Several innovations will make the Longines FEI Jumping Nations CupTM very special this year, with its 13 qualifiers on three continents - full calendar. The 18 best teams will compete at the Barcelona Final held form October 4th to 7th at the Real Club de Polo.

In Europe Division 1, the number of teams competing has changed from eight to ten. Alongside the current champions from The Netherlands will be France, Germany, Ireland, Italy, Spain, Switzerland and Sweden. They will be joined by Belgium and Great Britain, the two top finishing teams in Division 2 last year.

The majority of the qualifiers will this year take place on Sunday afternoons in order to reach maximum audience,  with Dublin - the last of the eight Europe Division 1 qualifiers - retaining its slot.

All Division 1 countries will be allocated five events in 2018 at which they can collect qualifying points for the Final.

Meanwhile, Europe Division 2 has been divided into four groups. A single qualifier will be staged in Budapest (HUN) on Sunday, August 12th, where a maximum of nine teams will compete for two tickets to the Final. The teams heading to Budapest will be decided by the European Equestrian Federation qualification system, as approved by the FEI, and through the FEI Jumping Nations Cup rankings system.