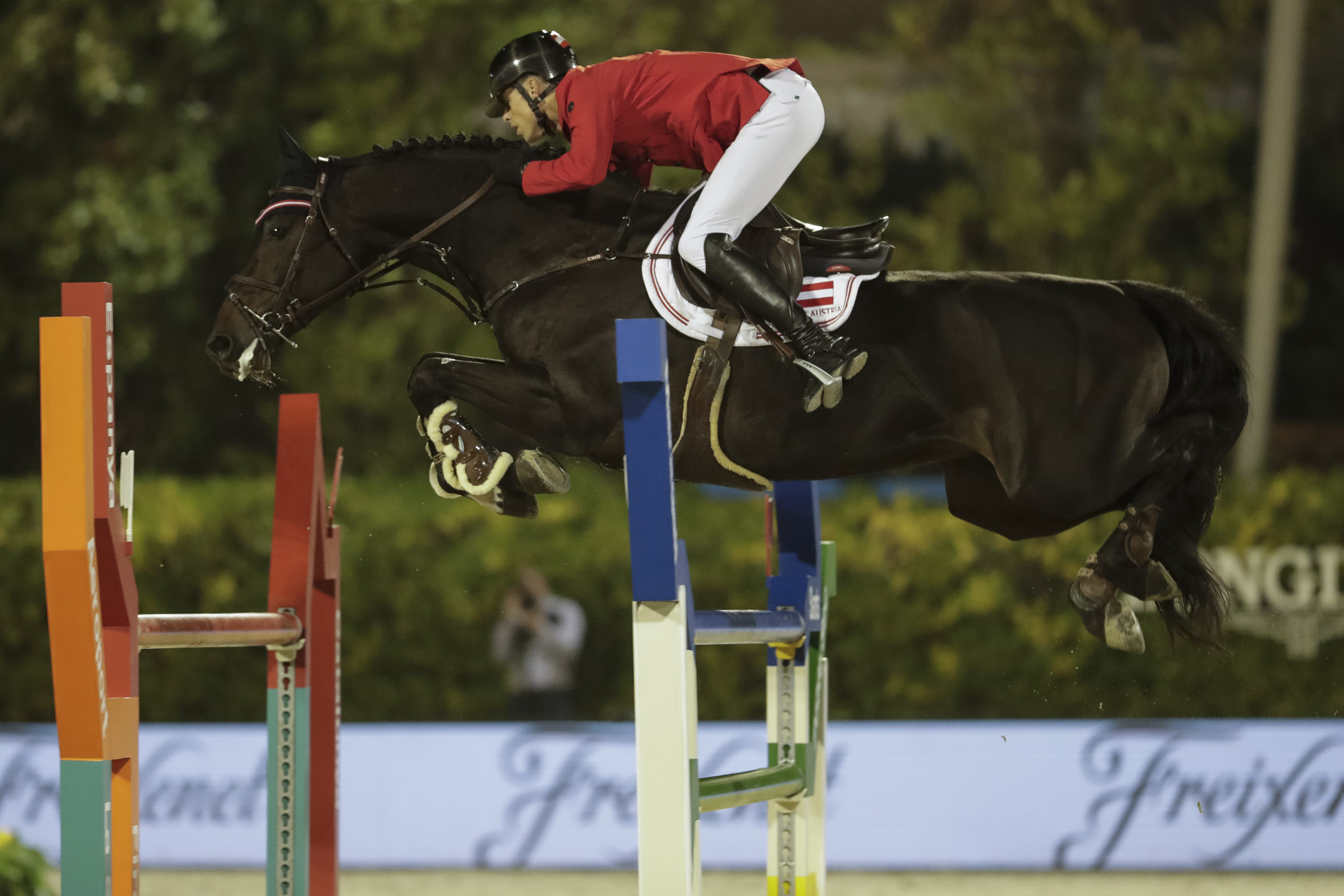 Teams from Austria and Italy have been the big winners in qualifying round for the grand final of the Longines FEI Jumping Nations Cup, which will take place on Sunday at 3pm. Austrians and Italians have finished the first round with only one penalty point in the competition held tonight at the Real Club de Polo de Barcelona’s Olympic arena during the traditional CSIO Barcelona gala dinner.

The other six teams that have made the pass to the final of the most important team competition of the year are Sweden, Belgium and the Netherlands (with four penalty points); Ireland, with five; and France and Switzerland, who have added eight points. The big favorites, Germany and the United States, have also added eight penalty points, but the sum of their times has been higher, so they will have to compete in the the Longines Challenge Cup, tomorrow at 9pm. Canada, Great Britain, Brazil, UAE and Spain, which has finished last in the qualification will also be present in tomorrow’s Challenge Cup.

The second day of the CSIO Barcelona will begin tomorrow at 2pm with the S.M. La Reina - Segura Viudas Trophy, which celebrates its 40th edition. The Longines Challenge Cup will be held at 9pm.