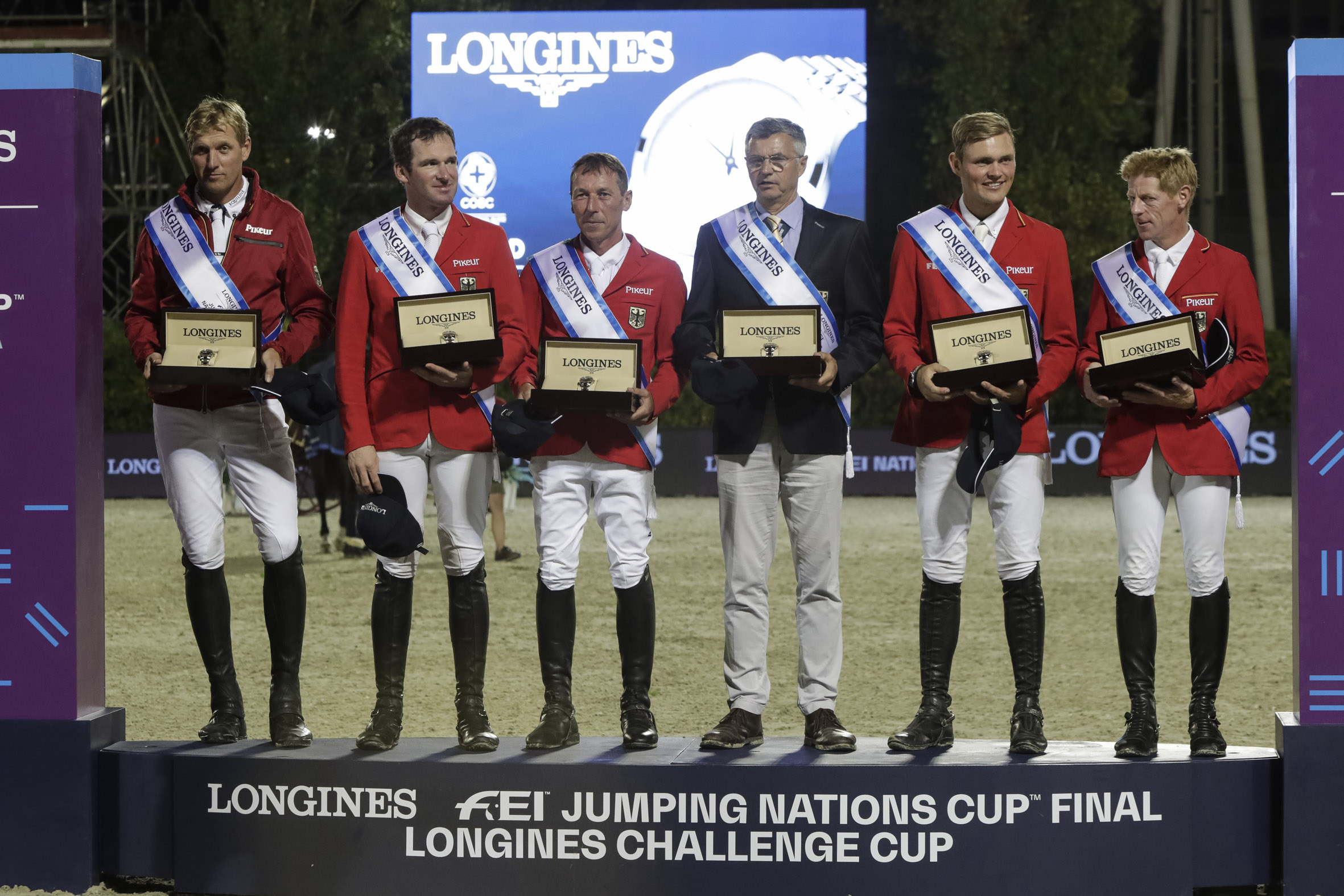 The German team has won the Longines Challenge Cup, the consolation prize of the Longines FEI Nations Cup, the most important team competition in the international calendar. This event has closed the second day of the CSIO Barcelona. ​​Germany, with four representatives, has finished the course with only five penalty points. Phillip Weishaupt, Hans-Dieter Dreher, Maurice Tebbel and Marcus Ehning, with Otto Becker as Chef d'Equipe, have formed the German team.

The United States classified in second place with nine points, while Brazil, with one more point, has reached the third position. The Spanish team, formed by Eduardo Álvarez Aznar, Pilar Cordón, Mikel Aizpurúa and Manuel Fernández Saro, started with a clean run but finally added 15 points, finishing in fourth place.

The Real Club de Polo de Barcelona will host tomorrow the third and final day of the CSIO Barcelona with the CaixaBank Trophy. The main attraction will be at 3pm the dispute of the Longines FEI Jumping Nations Cup Final, in which eight teams will compete to succeed the Netherlands as former champions of the Nations Cup.