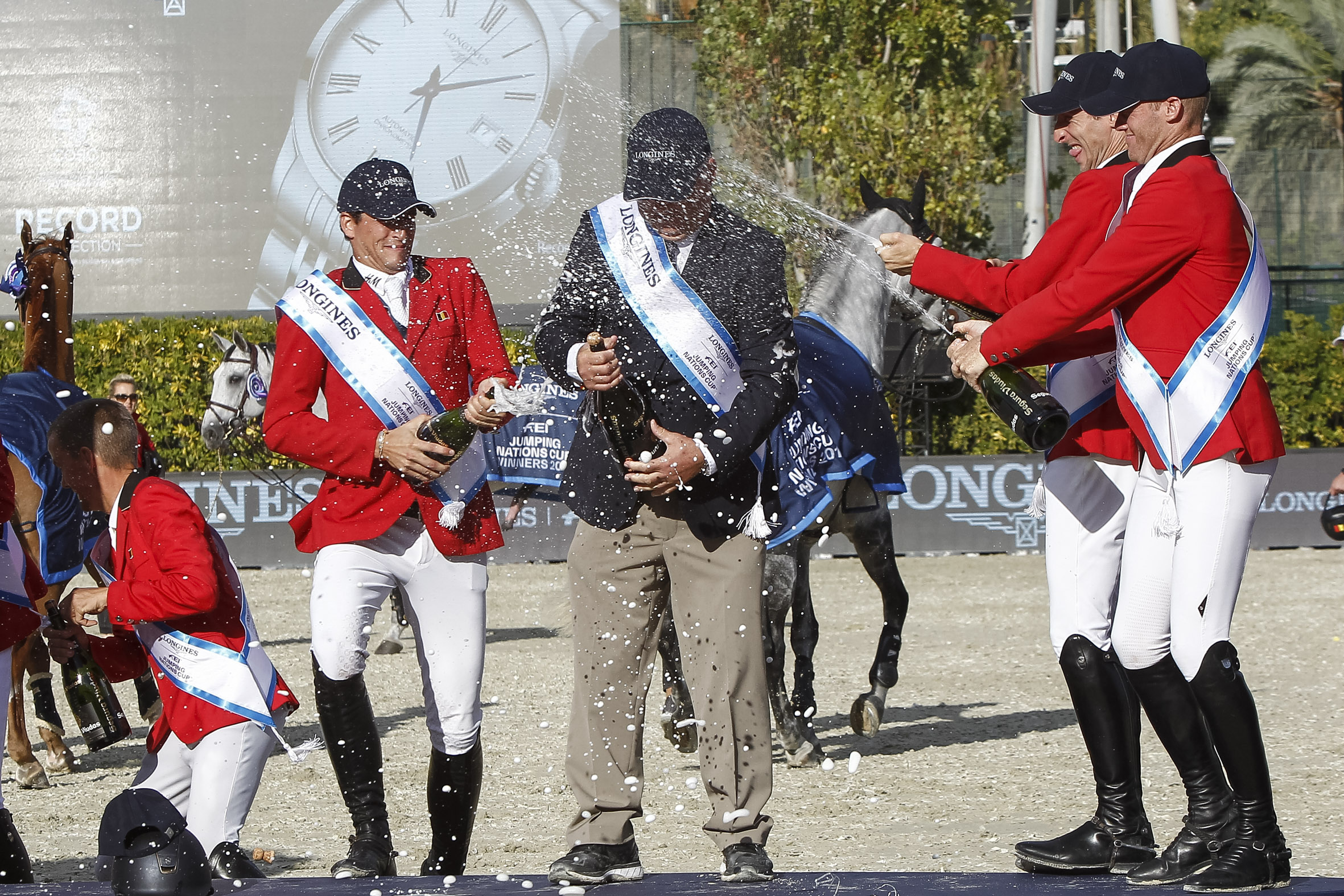 The Belgian team has been proclaimed  winner of the Longines FEI Jumping Nations Cup Final, the most important equestrian team competition of the year, in an exciting final that has taken place this afternoon on the Olympic rack of the Real Club de Polo de Barcelona. Until the last obstacle of the last course, the winner has not been decided. The Italian team would have had the possibility of winning their first Nations Cup had Lorenzo de Luca completed his course without penalty. Alas, the Italian rider knocked down the last two obstacles when he was already caressing the title. This allowed Belgium, with 12 points, to win the Longines FEI Jumping Nations Cup, and left the Italian team in fourth position. France placed second and the Ireland, third, all with 16 points of penalty, in the competition that closed the 107th edition of CSIO Barcelona. The Belgian team was formed by Niels Bruynseels (with Gancia de Muze), Pieter Devos (Claire Z), Jos Velrooy (Caracas) and Nicola Philippaerts (H & M Harley V. Bisschop), with Peter Weinberg as Chef d'Equipe.