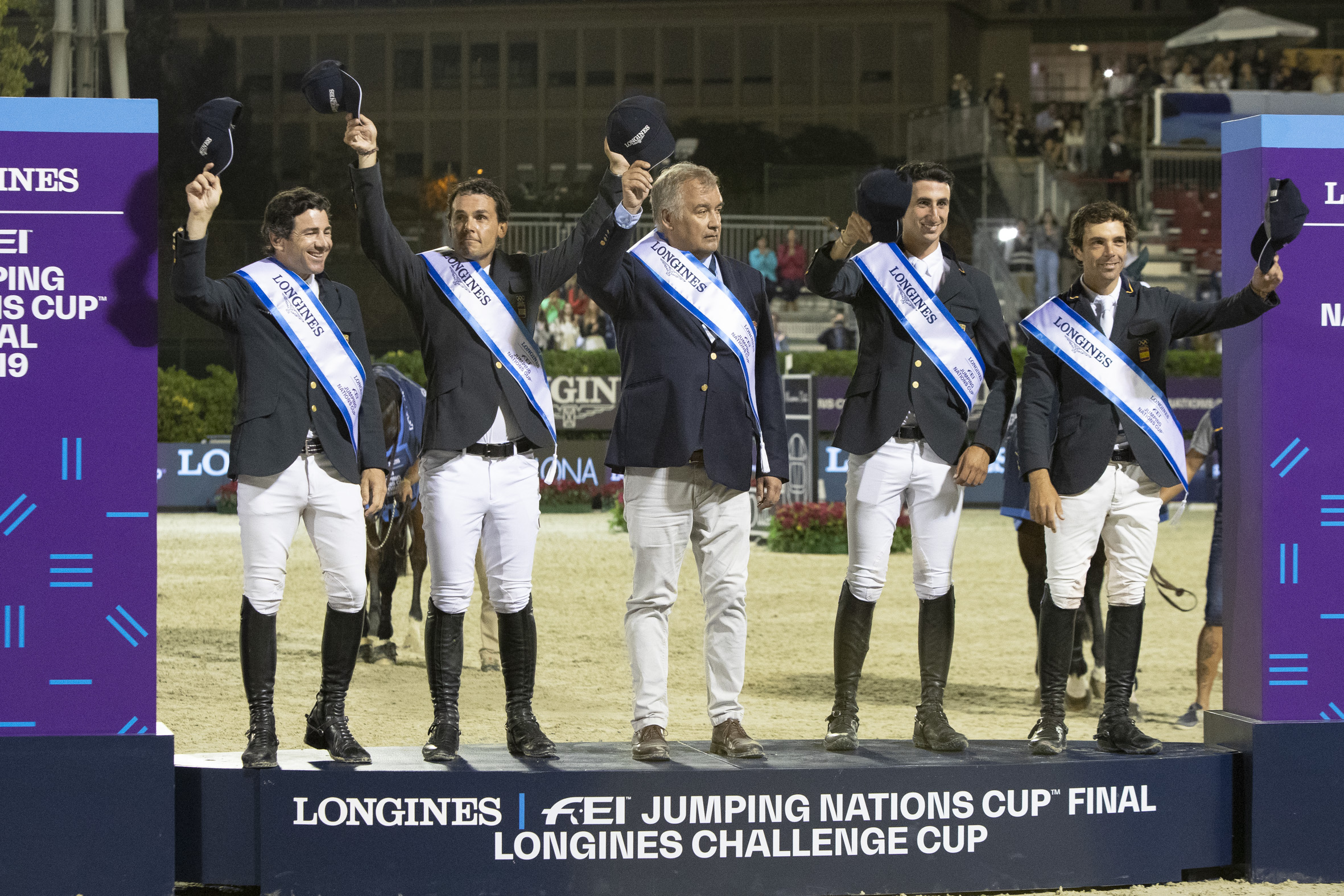 After failing the qualification to the Longines FEI Jumping Nations Cup Final by 45 cents of seconds, the Spanish team completed a spectacular Challenge Cup.

As the three best courses are the only ones counted, the 12 penalties of Santiago Núñez Riva were not added to Spain’s score. Only the four points of Alberto Alverez Galobardes were took into account as Eduardo Alvarez Aznar made a clear round. Sergio Alvarez Moya, the last rider of the team to enter the arena, perfectly knew that only a clear round could grant victory to Spain. A stony silence invaded the tribune while the last Spanish rider was on the arena. The Asturian rider exploded of joy after completing the course with no penalties.

Coinciding with the second gala dinner, the Longines Challenge Cup counted with the presence of Simon Baker, Longines elegance ambassador. The Australian actor, known for of his role in the Mentalist TV show, was in charge of the prize giving ceremony along with CSIO Barcelona’s high representatives.