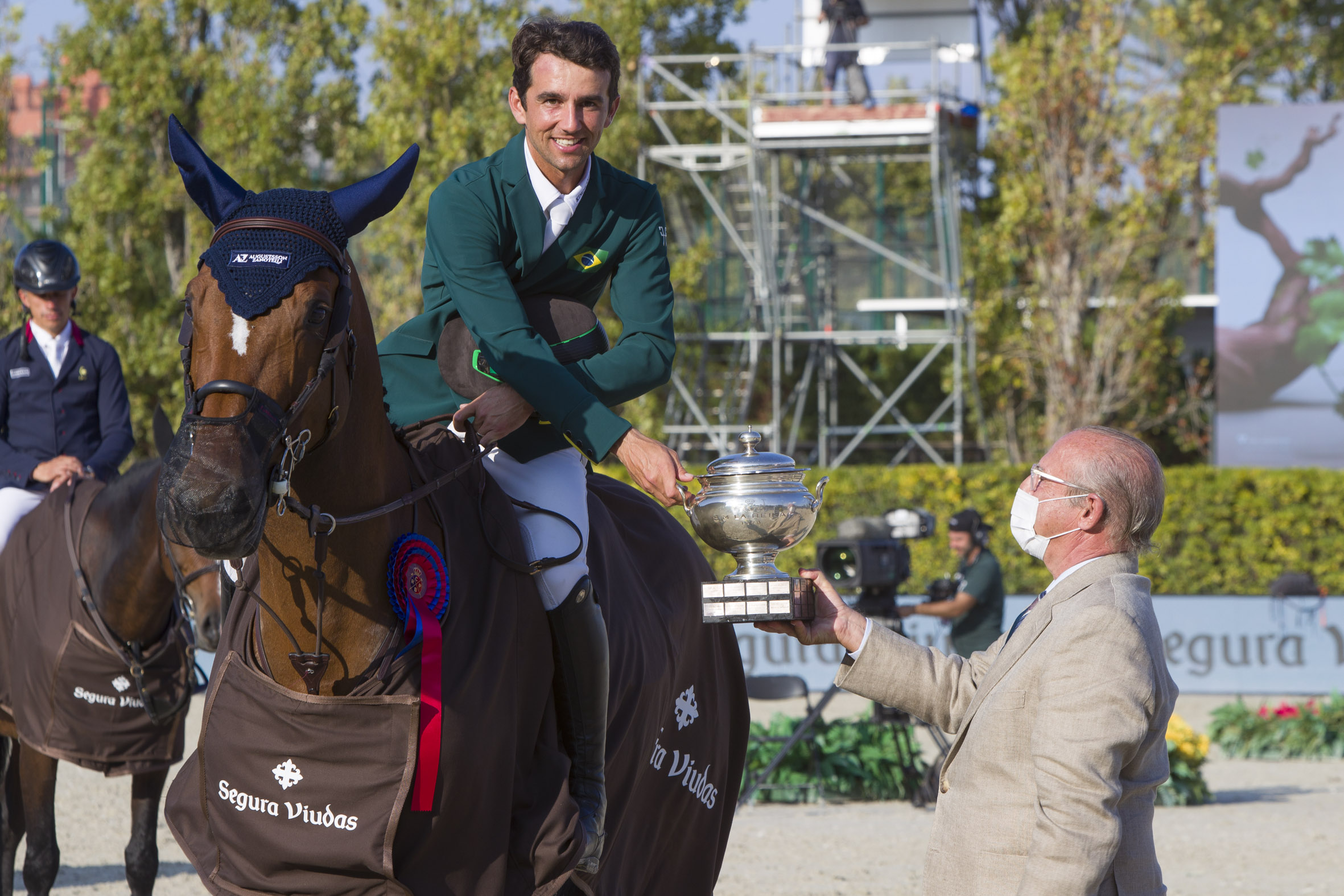 Marlon Modolo Zanotelli, with Like a Diamond Van Het Schaeck, won the Queen's Cup - Segura Viudas Trophy, the competition that opened the second day of the CSIO Barcelona in the Olympic arena of the Real Club de Polo de Barcelona.  The Brazilian rider, fifth in the world ranking, was the fastest of the eight riders without penalty in the second round of the competition. A total of 16 riders started in the second round. In second place classified is Sweden's Henrik von Eckermann (Hollywood D), followed by France's Olivier Robert, riding Vivaldi Des Menaux.

The best Spanish rider was Alberto Márquez Galobardes, riding Ucello Massuere, in eighth place. The Spanish rider set the slowest time of the eight participants who finished the two rounds without penalties.