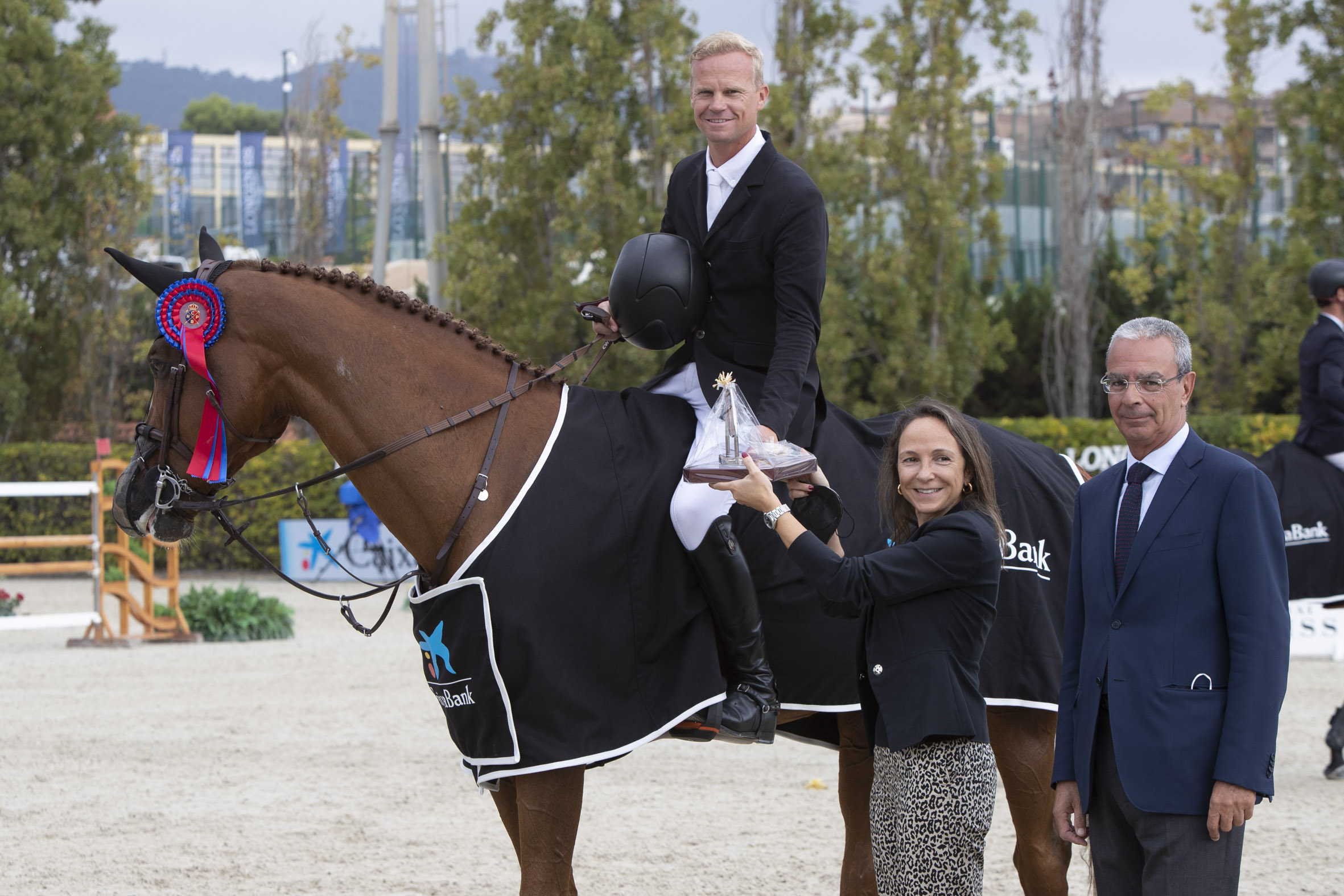 Jérome Guéry, with Eras Ste Hermelle, won the CaixaBank Trophy, competition with winning round, that opened the third and final day of the 109th CSIO Barcelona edition. The Belgian, team bronze medalist at the Tokyo 2020 Olympic Games, was the fastest of the 10 riders who entered the jump-off after completing the first round without penalties. Second placed proclaimed the American Lillie Keenan, riding Agana van Het Gerendal Z, while in third position was the Swiss Steve Guerdat, with Dynamix de Belheme.