The Longines Nations Cup returns to the Netherlands 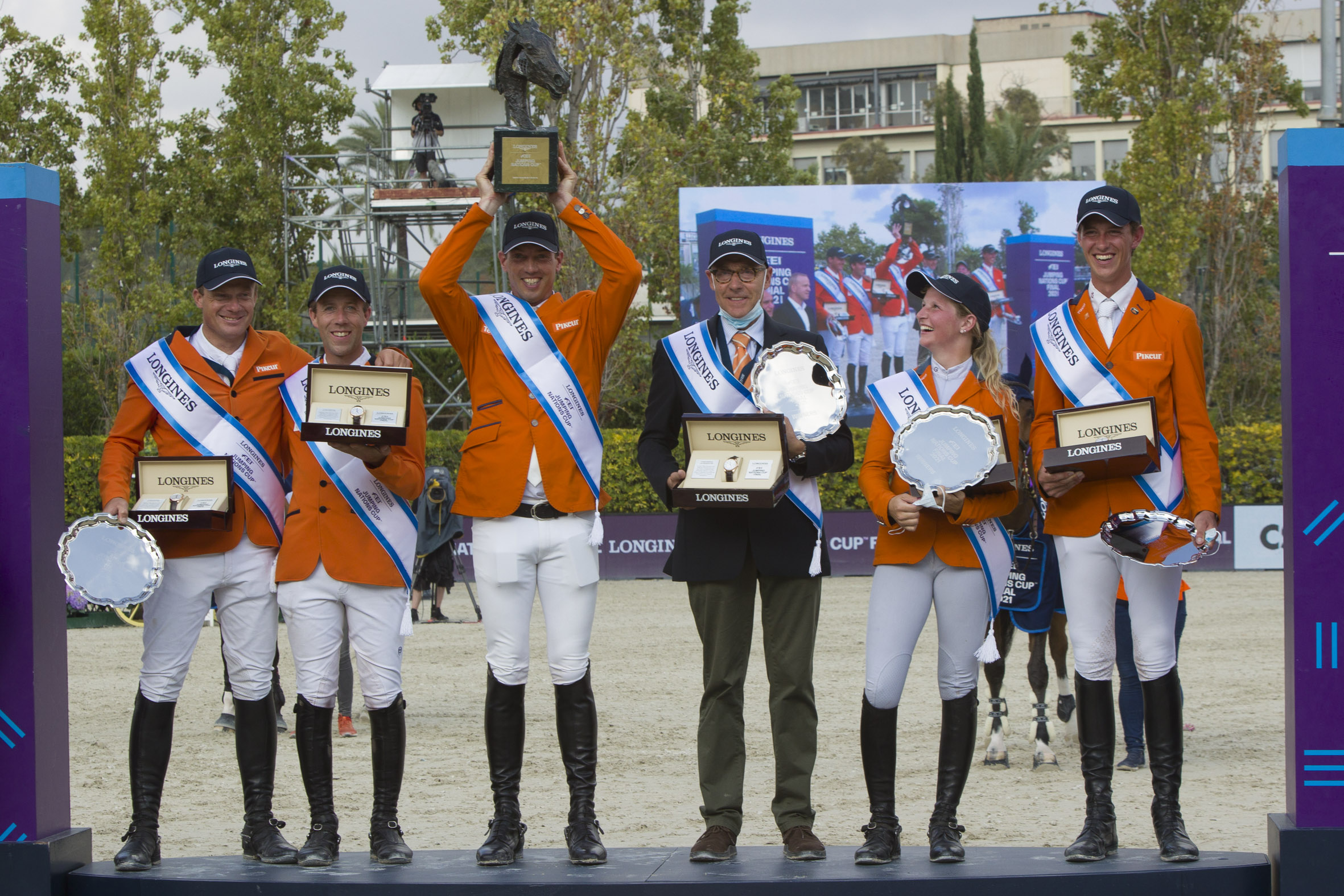 The Netherlands team has won the Longines FEI Jumping Nations Cup Final, the most important equestrian team competition on the international calendar. The Dutch have thus reedited the titles won in 2014 and 2017 on the same Olympic arena of the Real Club de Polo de Barcelona.

The competition that has closed this 109th edition of the CSIO Barcelona has been charged with emotion practically until the last minute. Harrie Smolders needed to finish his round without penalty for the Netherlands to achieve their third Nations Cup. If they would had committed any knockdown, Ireland would have repeated their 2019 victory, but Smolders and his horse Monaco withstood the pressure and added the third zero in a spectacular performance. The other components of the winning team were Maikel van der Vleuten (Beauville Z), Willem Greve (Carambole) and Sanne Thijssen (Con Quidam RB). Kevin Jochems was the reserve rider and Rob Ehrens the chef d’equipe.

In second place was Ireland, with only one penalty point, while Belgium was third with four. The Spanish team, which participated for the first time in the final, finished eighth.

The CSIO Barcelona has closed with a new sporting and organizational success. After a year of forced absence due to the pandemic, the event has adapted to all sanitary measures and has once again attracted the best equestrianism in the world to the city of Barcelona.