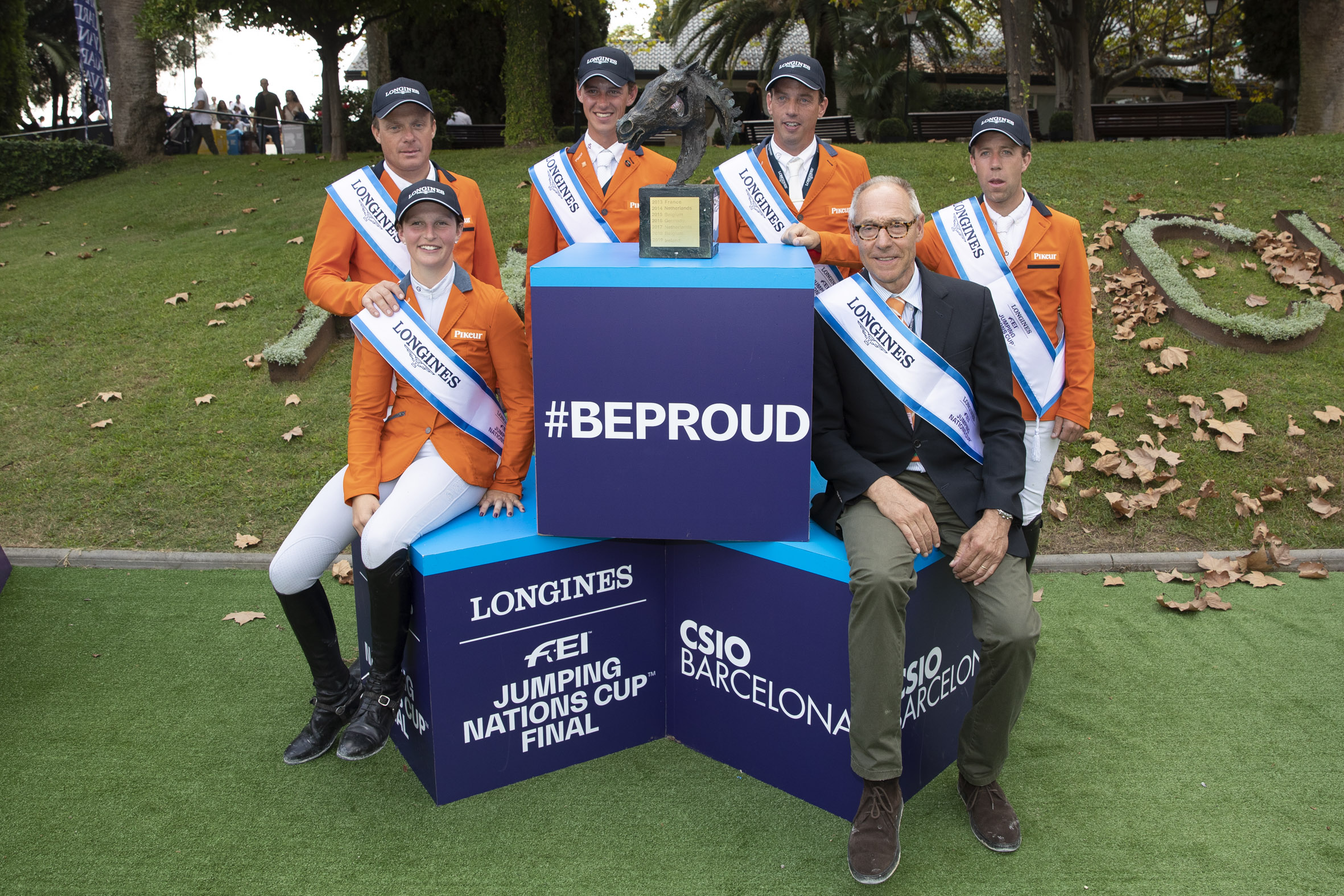 For three intense days, Real Club de Polo de Barcelona played host to the best international equestrianism. The 109th edition of CSIO Barcelona, the oldest international sporting event in Spain, has ended after a weekend full of excitement and entertainment that did not leave anyone unaffected.

This year, the majority of the best ten riders in the world participated in the competition, without a doubt the best attraction of this great event. From October 1 to 3, the over 23,000 attendees of CSIO Barcelona were able to enjoy the best shows, food, and lifestyle and most importantly, sports, a feast for the senses.

The best did not want to miss the event

This was the eighth year in a row that Real Club de Polo de Barcelona hosted the Longines FEI Jumping Nations Cup™ Final, the most important team equestrian competition in the world. In the end, after a close final, the Netherlands won the trophy. Harrie Smolders had to complete his course without penalty for the Dutch team to finish with zero faults and win its third Nations Cup. Had they made any knockdowns, Ireland would have repeated its 2019 win, but Smolders and his horse Monaco withstood the pressure and scored the third zero in a spectacular performance. The rest of the members of the winning team were Maikel van der Vleuten (Beauville Z), Willem Greve (Carambole), and Sanne Thijssen (Con Quidam RB). Kevin Jochems was the reserve rider, and Rob Ehrens was the coach.

For the first time in its history, the Spanish team competed in the Longines FEI Jumping Nations Cup™ Final, after finishing second in Saturday’s qualifying round. The team, which consisted of Manuel Fernández Saro, Ismael García Roque, Eduardo Álvarez Aznar, and Sergio Álvarez Moya, and was led by Carolo López-Quesada, placed eighth in the final.

Maikel van der Vleuten (Netherlands), Darragh Kenny (Ireland), and Henrik von Eckermann (Sweden) were the biggest names in the tournament since they split a €100,000 prize for having completed all the courses without penalty.

18 nations, 86 riders, and 143 horses were the clear stars of the 6 events that were held. Between individual and team events, a total of 5,000 jumps were made and enjoyed by spectators.

For the fifth year in a row, in addition to the first-class equestrian competition, those visiting the RCPB facilities were able to enjoy the renovated Estrella Damm PoloPark, which has established itself as one of the great festivals due to the large number of people who crowded the over 20,000 m2 of polo field, the largest green space in the city of Barcelona.

The Estrella Damm PoloPark offered a wide variety of entertainment and fun for the whole family. Food initiatives, musical performances, and small-format shows were some of the additional activities at CSIO Barcelona that made this year’s event a complete success.

Another of the major attractions of the Estrella Damm PoloPark was Santi Serra’s exciting show, which was also performed on the main track between events under the name “Brisa Ecuestre.” A national role model for natural horsemanship, Serra shunned all external techniques and established a link between human and horse using gestures, looks, and sounds. The highly emotional, never-before-seen act from Sercam Shows showed the nature of the horse, a friendly, gentle, and sensitive animal, as well as dogs and falcons.

About 300people made the celebration of this great event possible, and many others gave a good account of what happened over those three days in international media. Over 3,500 meals were served, and 10,000 bottles of water and 15,000 sodas were drunk. These are some fun facts that round out what has undoubtedly been Barcelona’s major sporting and social event of the year, complying at all times with the regulations and restrictions implemented by the health authorities.