The equestrian world puts the spotlight on the CSIO Barcelona 2022 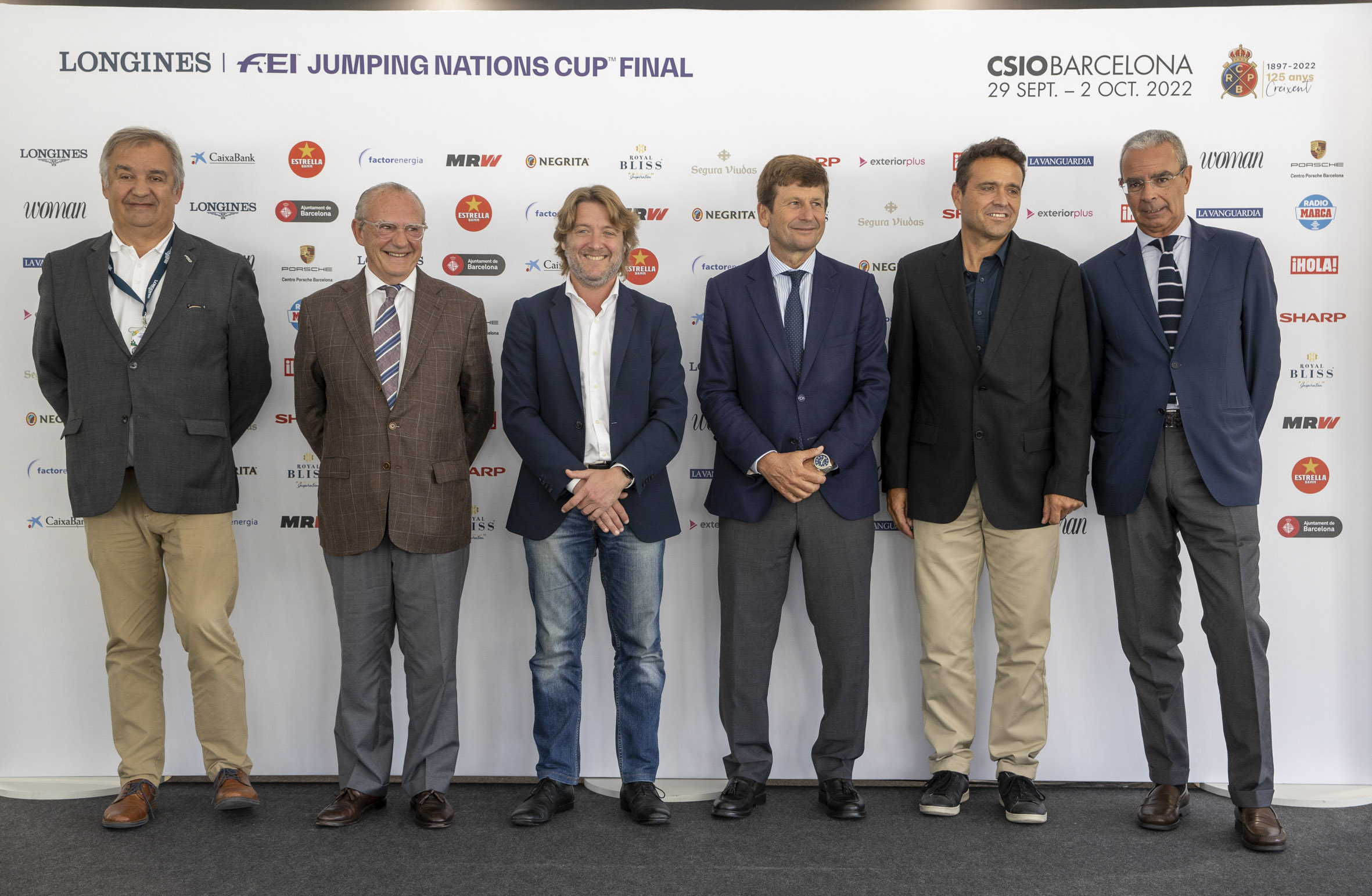 Thursday September 29th sets the start of the CSIO Barcelona 2022 at the Real Club de Polo de Barcelona for the ninth consecutive year and will also host the Longines FEI Jumping Nations Cup™ Final, the most important equestrian event on the international equestrian calendar. "We hope to achieve excellence and we want it to be the best final in history", said Emilio Zegrí, President of the RCPB Foundation. He also announced that in 2023 the Real Club de Polo de Barcelona will once again host the World Team Final.

The CSIO Barcelona will start on Thursday with the first qualifying round. The top eight teams will advance directly to the Final on Sunday, October 2nd, while the remaining teams will compete for the Longines Challenge Cup on the evening of Saturday October 1st.

In addition to the World Team Final, seven other individual classes/competition will take place during the CSIO Barcelona, including the City of Barcelona Trophy - MRW Cup on Friday evening and the HM the Queen's Cup - Segura Viudas Trophy on Saturday. During this edition, the event will host a CSI1*, which will take place on Friday and Saturday, starting at 11.00 am, and on Sunday at 10.30 am.

The most outstanding teams of the moment - Argentina, Belgium, Brazil, Canada, France, Germany, Great Britain, Ireland, Mexico, the Netherlands, Norway, Sweden, Switzerland, and Spain as the host country - will fight to become the winner of the Nations Cup Final in the Olympic facilities of the Barcelona club. the competition will also include participants from from Colombia, Croatia, Denmark, Ecuador, Poland and Portugal on an individual level.

Curro Espinós, President of the Real Club de Polo de Barcelona, opened the event saying that "we have returned to normality with a four-day competition show to continue to put the CSIO Barcelona at the epicentre of international equestrian sport".

David Escudé, Councillor for Sports of the Barcelona City Council and Deputy Delegate for Sports in the Diputació de Barcelona emphasised that "Barcelona is committed to equestrianism, to the club and to the competition, and we want to continue hosting this event for many more years. I would like to invite all the spectators to live this experience in first person during these days".

One of the main attractions of this edition is the Olympic spot that will be up for grabs during the event. Currently, only France, Sweden, the Netherlands, Great Britain, Ireland, and Germany are qualified for Paris'24, spot obtained at the World Equestrian Games recently held in Herning (Denmark). "It is a great motivation to compete for an Olympic spot. The great equestrian world teams are playing for a place in Paris and we are sure to see a great show", said Santiago Mercè, President of the CSIO Barcelona.

"It is a pleasure for the FEI to come to Barcelona and work with the Real Club de Polo de Barcelona. It is the only place that has managed to host nine finals in a row and, in addition, this year there is an Olympic spot at stake. The best-ranked team on Sunday will be at Paris'24", said Marco Fusté, FEI (Fédération Equestre Internationale) Jumping Director.

For Josep March Claret, territorial representative of Sports in Barcelona of the Generalitat de Catalunya, "equestrianism would not be the same without the Real Club de Polo de Barcelona, as it is basic and essential to keep the spotlight on this sport at an international level".

Andalusian horses will dance in the Olympic arena

The Olympic arena of the Real Club de Polo de Barcelona will be dressed for the occasion on Friday (from 23.30h) and Saturday (23.00h) with the show called "Cómo Bailan los Caballos Andaluces", the great show presented by the Real Escuela Andaluza del Arte Ecuestre. Twenty-five pure bred Spanish horses led by Olympic medallist Rafael Soto will dance to the original music composed for this Alta Escuela dressage show. The REAAE is also planning an exhibition at the PoloPark on Saturday from 17.30h.

PoloPark, fun for the whole family

In keeping with the festive atmosphere that CSIO Barcelona awakens in our city, the Real Club de Polo once again lends 20,000 m² to the magnificent PoloPark. A space dedicated to the family with all kinds of activities including a Foodie Fest, a large market, the Brand Village, and the Kids Park for the little ones with its traditional Pony Park by Calvet, among other areas.

In this edition, the sport show will also alternate with other small-format shows and several musical concerts that will take place on the polo field, the largest green space in Barcelona.