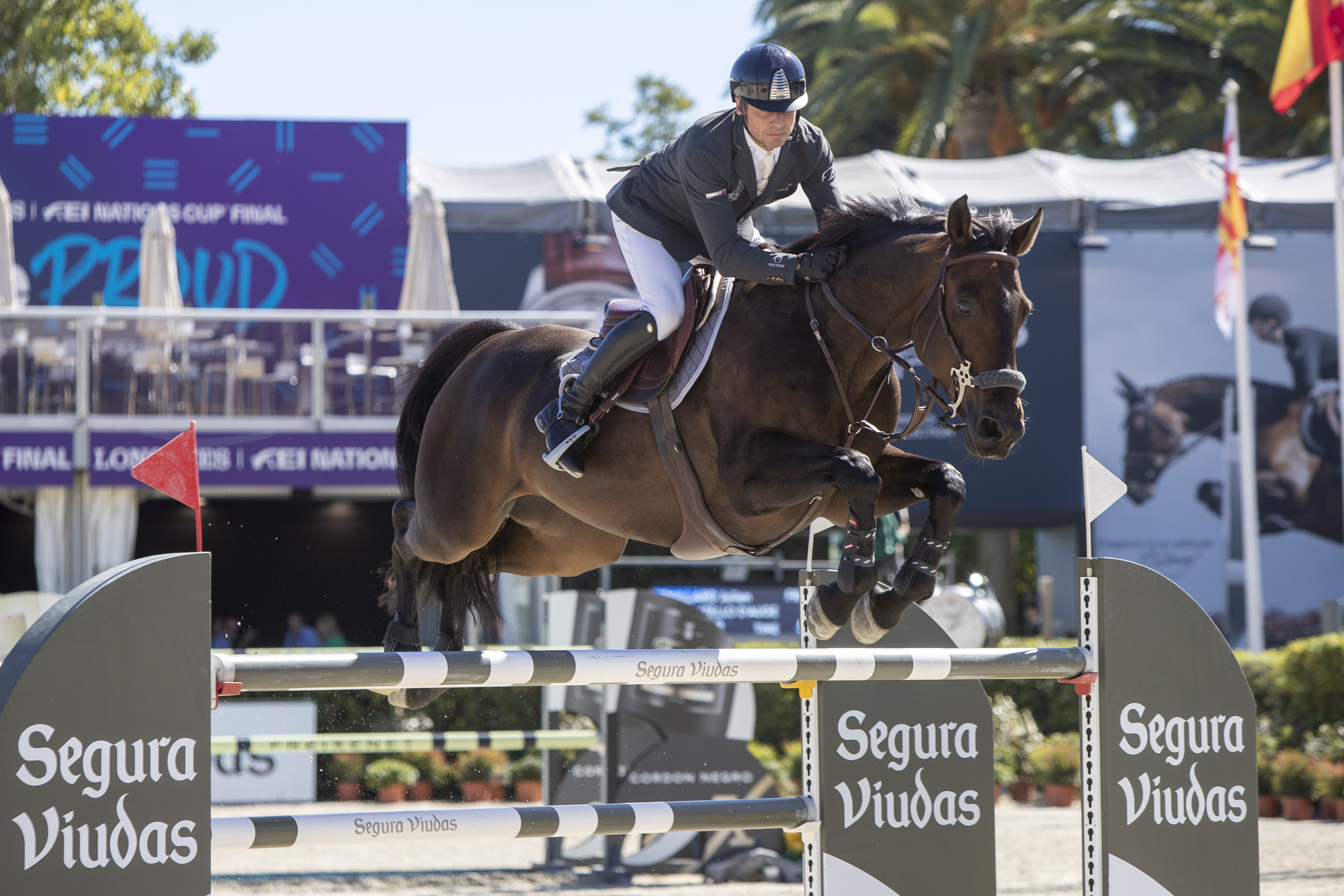 The Queen's Cup - Segura Viudas Trophy has travelled to France thanks to the impressive victory of Julien Epaillard, who was the fastest in the jump-off of the second class of the day at the CSIO Barcelona. With a time of 38.46 seconds, Epaillard, riding Donatello D'Auge, finished ahead of his compatriot Kevin Staut (Visconti Du Telman) and the Belgian Olivier Philippaerts (Cap Du Marais).
There were 56 riders in the competition and the best Spanish representative was Carolina Aresu, who finished in twelfth position riding Dawsons Flex.